Travel through time in North Jutland

The Iron Age, Viking Age and the Middle Ages are just some of the eras you can experience in North Jutland. Besides this, you will find many traces of North Jutland during wartime.

Different countries have different ages for their historical periods. In North Jutland, you will find remnants of many exciting eras in Danish History. For those of you who are interested in history, the Middle-ages, the Vikings Age and the Iron Age, there is much to be read and learnt beneath.

Join us, when we describe the change from Iron Age to Industrialization in North Jutland.

The Iron Age is the last part of the ancient history, in North Jutland, it is estimated to have started in 500 B.C. and ended in 700 A.D. It was during this time, that Iron was becoming a valuable good, and they started to mine and melt it down. In the Iron Age far travelling and trading of goods already existed, this is evident from 2,500-year-old objects with Celtic motives found in North Jutland. Around the year 1-400 A.D., the origin of the goods changed, in this time lots of goods, jewellery and more were traded with the Roman Empire. Later on, another change is evident as the style of the goods changed to become more similar to that of the Germanic.

In Aars, on Vesthimmerlands Museum, you can explore some of these interesting archaeological findings. Or visit the Fort of Borremose which was hidden for 2,000 years. 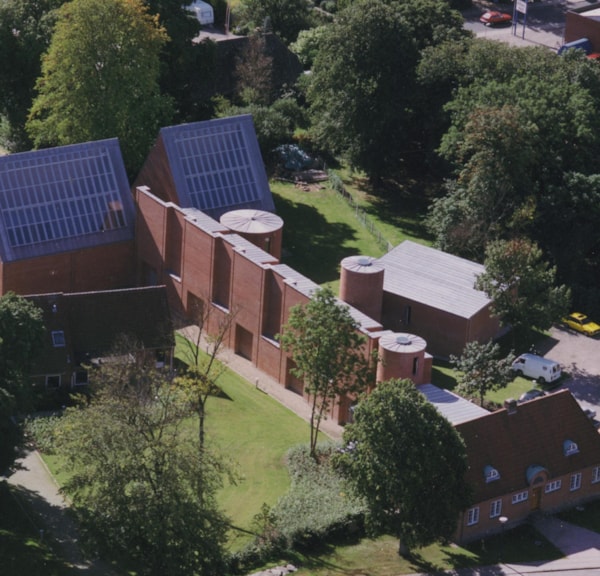 A permanent exhibition about Himmerland's past. Special exhibitions dealing with art and cultural history. The collections include rarities of national standing dating from the stone and bronze ages. The prehistoric exhibition, The Cimbri-Himmerland-Europe especially deals with, the except... 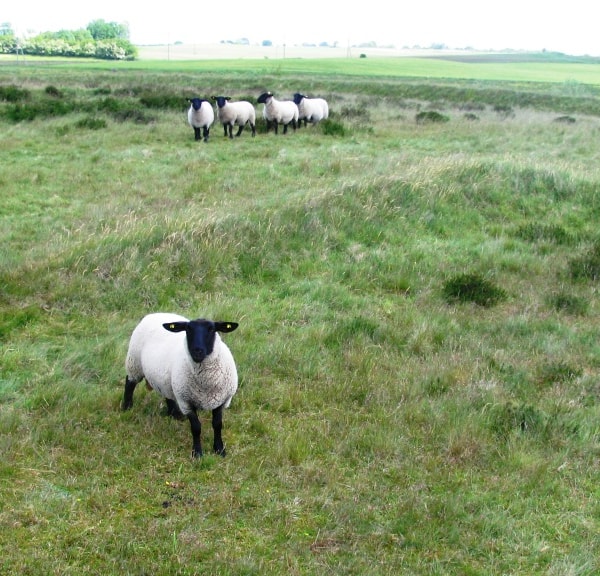 This fort is the oldest place of refuges, and it is located approx. 3.5 kilometres south of Aars. The fortress was constantly occupied from 250 years BC until 150 years BC. But, according to archaeological excavations, the fort was used from 300 years BC to 150 years BC, where it was deser...

The Viking Age marked the end of the Iron Age. In many movies and stories the Viking Age sounds like a violent period, but the vikings did so much more than just plundering and conquering. The vikings were explorers, they travelled far and wide across the seas and through the rivers, they traded with many nations and colonized newly discovered areas. There is still so much to learn about the vikings in North Jutland.

The viking burial site of Lindholm Høje in North Jutland, is part of the North Jutland Historical Museum, one of the most beautiful ancient monuments from the Viking Age. The many stone circles around the hilltop mark the burial sites. The museum at the burial site exhibits the archaeological findings from digs on site. Listen to the story of how people lived and died during the early Iron Age and the Viking Age. Each year a viking market takes place at Lindholm Høje, where you can join the Combat School, the Viking Workshops and eat real viking food.

In Denmark the Middle-age runs parallel with the Catholic period, beginning with the introduction of Christianity around the year 1050 and ending with the Reformation in 1536. This historical period is often described as "the dark ages" in Anglo-Saxon countries. An obscure period with sinister and mysterious figures dressed in brownish robes, when regicides and bishop disputes were the order of the day, and when wars raged and the plague devastated large parts of the country. This is how most people imagine life in the Middle Ages, but most of this perception is based on myths and misunderstandings.

The Middle Ages were both colourful and dynamic, and the people creative and innovative. Medieval clothes were anything but dull, on the contrary, they were most often made of clear, bright materials to match the colourful personalities of medieval people. Think about famous figures like Richard the Lion-Hearted, Robin Hood, Ivanhoe and El Cid - and in Denmark, bishop Absalon, founder of Copenhagen, King Valdemar Atterdag, and Queen Margrethe I who established the Kalmar Union in 1397, uniting Denmark, Norway and Sweden in one single kingdom.

North Jutland offers many beautiful and well-kept churches and monasteries for you to explore, e.g. Børglum Abbey, Vitskøl Monastery, Dueholm Monastery and Mariager Monastery and Church. Walking down one of the busiest shopping streets in Aalborg, you will come by an elevator, that takes you underground, to the 'Gråbrødrekloster museum'. A well-kept ruin hidden underneath the bustling streets of Aalborg for centuries. The monastery was built around 1250, and in the museum, you can see the walls and foundation of the old church and monastery. 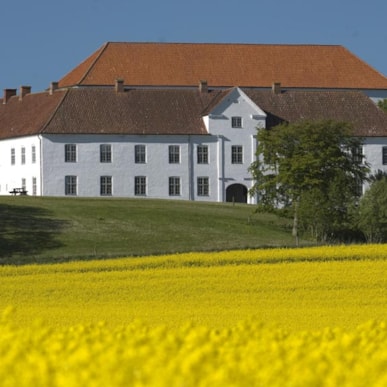 Art and historical experience.Børglum Abbey has an impressive 13th century cathedral. Access to 3000 m2 historical and artistic exhibition on Stygge Krumpen and Chr. Michael Rottbøll. In 2011, the abbey served as the setting for TV2's advent calendar tv series "Ludvig and Santa Claus" - ... 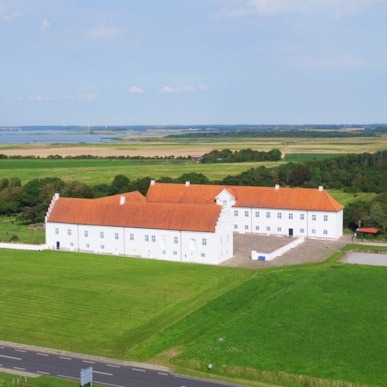 Vitskøl Monestery is one of the oldest monasteries in Northern Europe. The building is something of a historical gem and has, over the past ten years, been sensitively restored. Today, the monastery stands as a unique building complex providing an excellent venue for courses, conferences a... 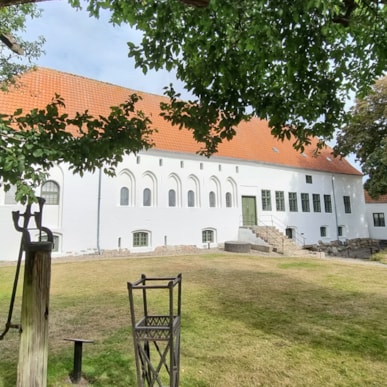 Experience the atmosphere in the old convent, which tells a story about monks and nuns, brave knights and fair maidens. See the many old and well-preserved items that generations of locals have protected and, thus, today are irreplaceable treasures in the museum’s collections. You can see ... 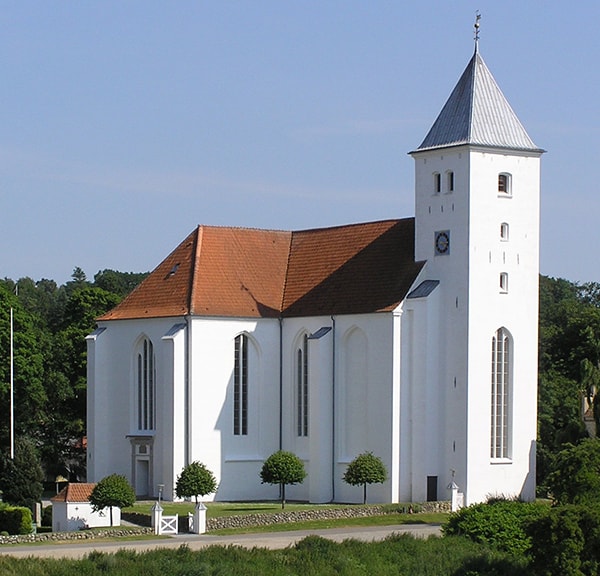 Mariager Abbey church was built in connection with the Bridgettine abbey in the last half of the 15th century and as a house of worship towers above the other buildings. Today the remnants of the abbey have been converted into a registry office and may only be viewed from the outside. (The... 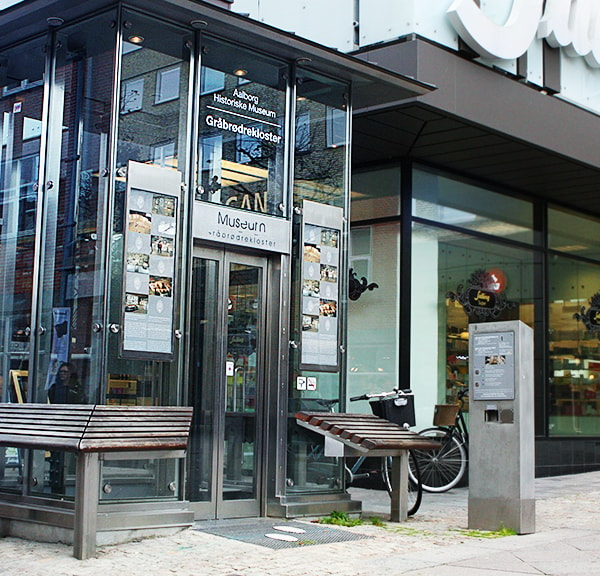 Go three meters below one of the busiest shopping streets in Aalborg. Experience the well-preserved medieval ruins of the Franciscan monastery and see the walled cellar and foundations of the old monastery chapel.

Manor houses and castles are just as abundant as churches and monasteries in North Jutland. Visit Dronninglund Castle, the Manor Museum Sæbygård 'Herregårdsmuseet Sæbygård' and last but definitely not least, Voergaard Castle.

See all castles and manor houses in North Jutland 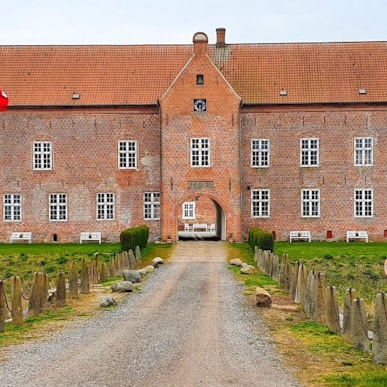 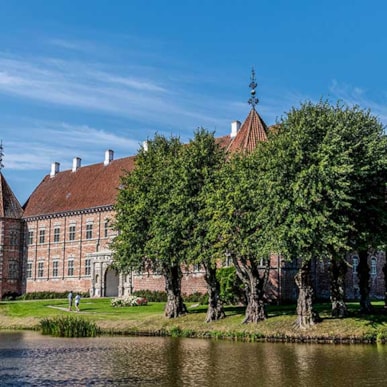 Behind the thick walls you will find Denmark's most beautiful Renaissance building, built between 1481 and 1590. In the castle, you will find interesting private art collections and horrifying ghost stories. 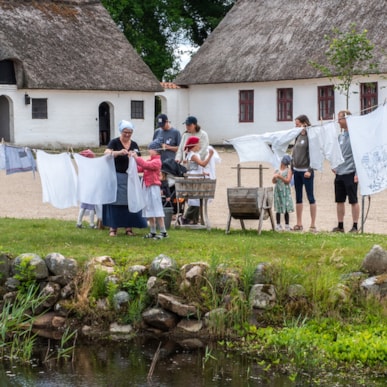 On Hessel you sense the past.Hessel is the last thatched manor with four wings in Denmark. The first time we hear about the manor is in the year 1391. In 1702 large parts of Hessel were destroyed by fire, but it was rebuilt again. The oldest building is the big barn, where the oak timber i...

During the Medieval Days at Voergaard Castle and Vitskøl Monastery, you will find yourself on a trip back in time. and you will experience many medieval-themed activities. Explore the daily life of medieval monks, jesters, soldiers, craftsmen, beggars, noblemen, musicians and more.

Suddenly the technological development was quite fast. Electricity and the railway changed the living conditions for many inhabitants. The infrastructure and safety got improved - especially on the sea where small bascule lights and fire places got extinguished and replaced by big lighthouses along the coasts. The treacherous North Sea did not get less dangerous but the lighthouses and navigation marks increased the attention on dangerous areas and made it easier to navigate. Nowadays most of the lighthouses are out of order and are standing together with the navigation marks as characteristic sculptures along the coast and are furthermore popular attractions.

The beautiful light and the North Sea attracted a group of artists to the northernmost part of Denmark in the end of the 19th century. The Skagen Painters were a Scandinavian artist collective who, amongst others, resided in Skagen because of the special light. The painters were part of the modern breakthrough, which rebelled against the old traditions of romanticism. The paintings they created are characterized by outdoor paintings with rich colours.

The White Beach Huts by the North Sea

In 1895 the first white beach huts were erected on the beach, by Løkken Beach Hotel. Today you will find almost 500 of the white beach huts, and they have become an icon of the town and the wide sandy beaches on the west coast.

The white beach huts on the west coast

The Coastal Museum of Northern Jutland conveys change, variation, and continuity in the living conditions of human beings seen in the context of the culture and development of the coast of Kattegat. The Coastal Museum has specialized in a wide range of historical topics that are linked to the coastal life in Skagen, Frederikshavn, and Sæby.

The year is 1717, the Nordic War is raging across the land, on its 8th year. Experience life at Fladstrand, where huge wooden ships are moored to the quay and ready to sail to Norway to help. Experience the noblemen, farmers, beggers and more. Explore the camp of soldiers, waiting for the ships or walk around the markets and be tempted by the many goods. Maybe you will run into Tordenskiold, the hero of the seas. There is plenty to do when Days of Tordenskiold are coming around.

North Jutland is abundant in traces from the 2nd World War. The coast of the region is coated in wartime bunkers, and some of the largest and best-preserved bunkers are located in North Jutland. The bunker museum in Hanstholm in Thy is the largest of its kind in Denmark. Here you will find the most complete German defence facility on the west coast. In Frederikshavn, the canons at Bangsbo Fortress are still standing. It was too difficult to move them, so they were left behind. The Bunkermsueum in Hirtshals is an outdoor museum, where you can walk amongst the 54 bunkers scattered along the coast. 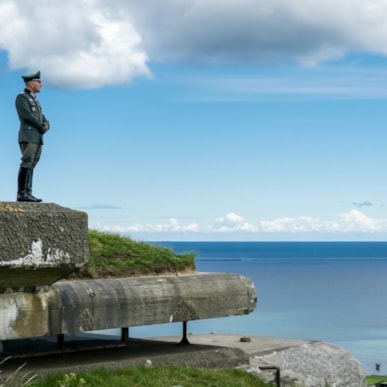 Bangsbo Fort is located south of Pikkerbakken. The area is approximately 80m in height and the canons 60m in height. 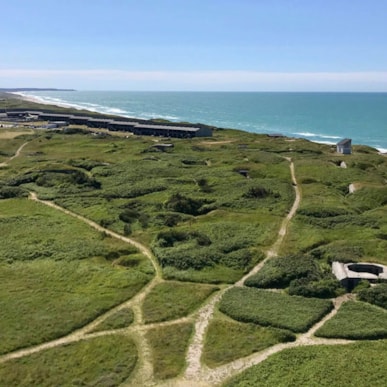 In the 1960's a secret base was build underneath in Rold Forest, North Jutland. The bunker Regan Vest was supposed to be the home of the government and the royals if nuclear war were to happen. Regan Vest will probably be open for public in 2021.