The Bunkers in North Jutland

Vestiges from the 2nd World War are scattered all over North Jutland, on the coast, you will find the bunkers that now stand as reminders of wartime.

Through time, the concrete bunkers, made by the Germans during World War II, have been discovered in the sand, uncovered by the waves of the ocean. You will find them along the entire west coast of North Jutland, from Skagen in the North to Agger at the Limfjord. The bunkers even go further down to the German border. You may also discover one of these bunkers in the deep forest of North Jutland.

Some of the largest and best-kept bunker facilities are located in North Jutland. The bunker museum in Hanstholm in Thy is the largest of its kind in Denmark. Here you will find the most complete German defense facility on the West Coast. In Frederikshavn, the canons at Bangsbo Fortress still stand. It was too difficult to move them, so they were left behind. The Bunkermuseum in Hirtshals is an outdoor museum, where you can walk amongst the 54 bunkers scattered along the coast. 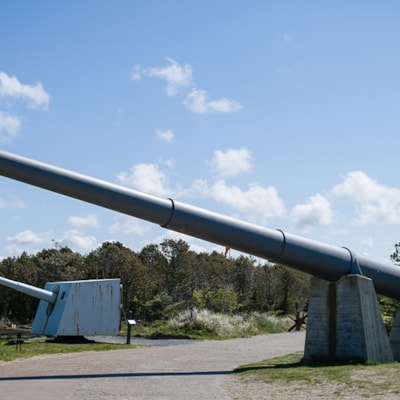 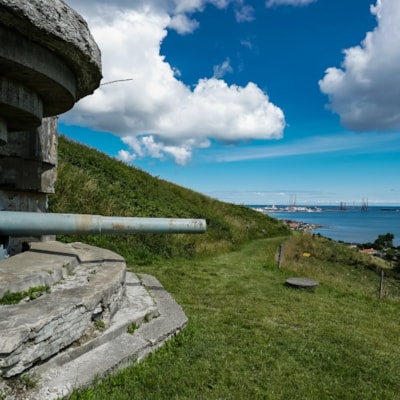 Bangsbo Fort is located immediately south of Pikkerbakken. The area and the canons are located approximately 80m 60m above sea level respectively. 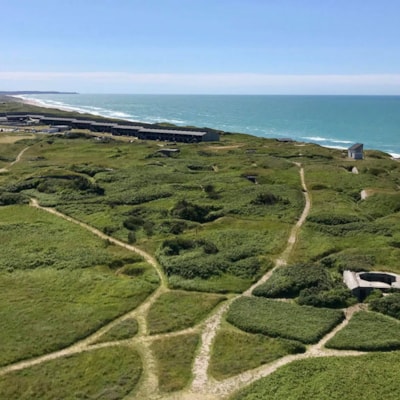 During the Cold War, a bunker was built in secrecy underneath Rold Forest in the southern part of North Jutland. The bunker is being remade into an attraction and will open its doors to the public in 2022.

In Rold Forest, 60 meters beneath a hill, is 5,500 m2 of unique history. A bunker facility build in total secrecy during the Cold War in the period 1963-1968. Its purpose was to house the government and the royal family in case of nuclear war.

Read more about the bunkers in North Jutland

At the furthest tip between the Kattegat and the mouth of Limfjorden are three bunkers from World War II. They were used to monitor traffic coming into Limfjorden from the sea.

Part of the Atlantic Wall from World War II.

The german battery, Hanstholm 1, was constructed in 1940, as a part of the german coast-defence in Denmark.

The bunkers in Løkken and surroundings

During the occupation, Løkken was acting as a German support group consisting of infantry positions and a coastal battery. On the outskirts of the town and in the plantation in the middle of the town,...

Bulbjerg is Jutland's only cliff, which is 47 meters above sea level and is also called for "The Shoulder of Jutland". Besides providing an amazing view over the North Sea, the limestone cliff is also the home to many different bird species.