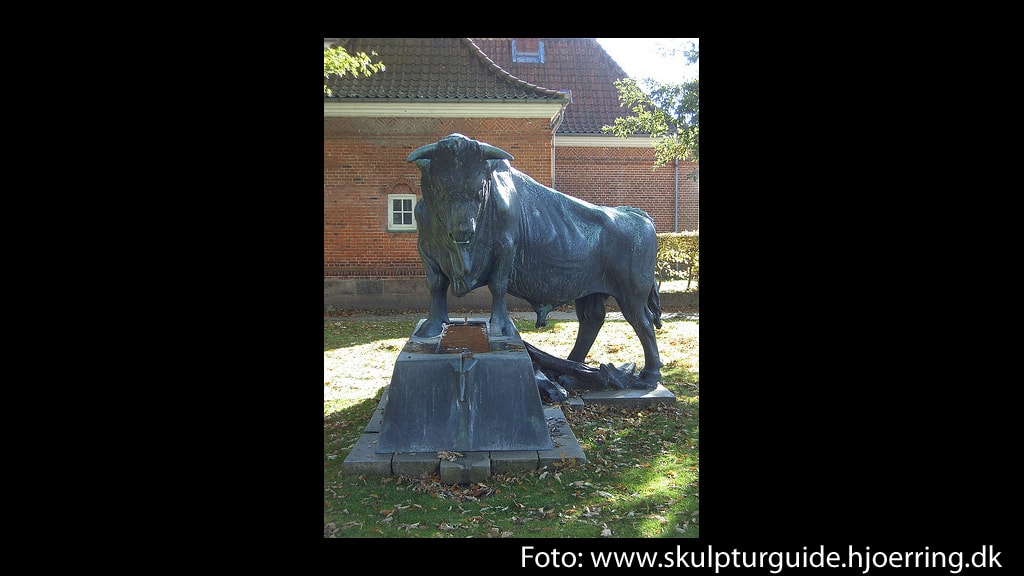 The large bull stands, tamed, in the middle of a modern city. Jan Buhl has depicted the animal’s latent strength and temper in the taught muscles, the lowered head and the heavy body.

This natural sculpture reflects the traditional associations to this well known powerful animal- while at the same time  both Hjørring and society as a whole back in the fifties were much more closely connected to agriculture than maybe they sare today. in those times the bull was an animal most people when passing the statue, could relate to.

Today the bull is maybe a little bit inappropriate, for what has an enormous animal to do with a busy town, by seen in connection with the delightful classic buildings along Amtmandstoften - might give a impression of times as they were back then.

See all in this area
Last updated by
VisitNordvestkysten, Hjørring
info@visitnordvestkysten.dk