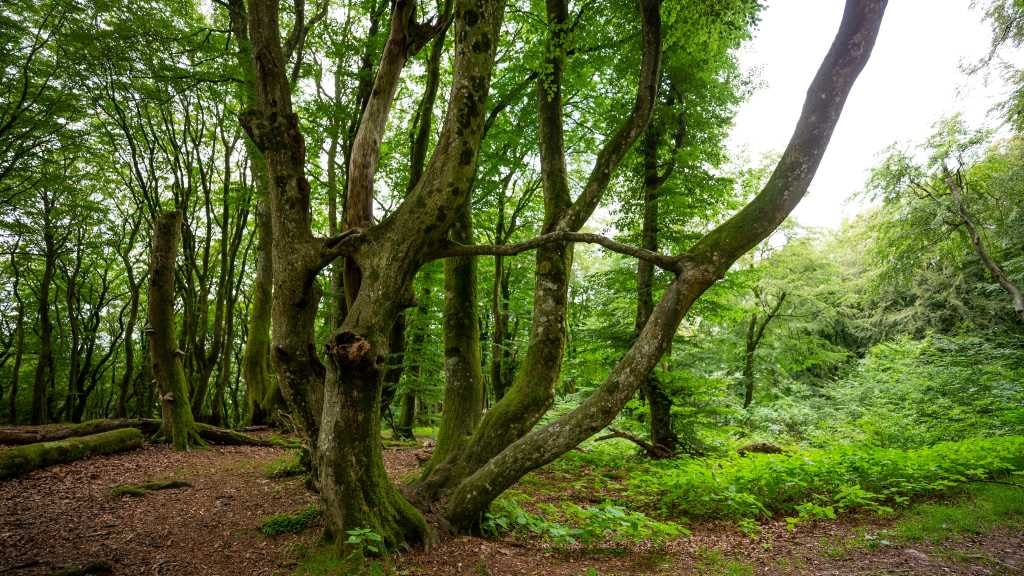 The name Troldeskoven, which literally means the Troll Forest, was given its name because of the shapes of the trees.  The forest is also known as the Magic Forest because of its magic “troll” trees.

Each of trees typically has more stems, some will even have 20-23 stems, and have some special properties compared to beeches further down south. When they have been cut down, new shoot will grow from both the stub and root, which will eventually become new stems. Therefore, these beeches can be cut down more times, as they will grow yet again.

These type of beeches has been name “røllebøge”.