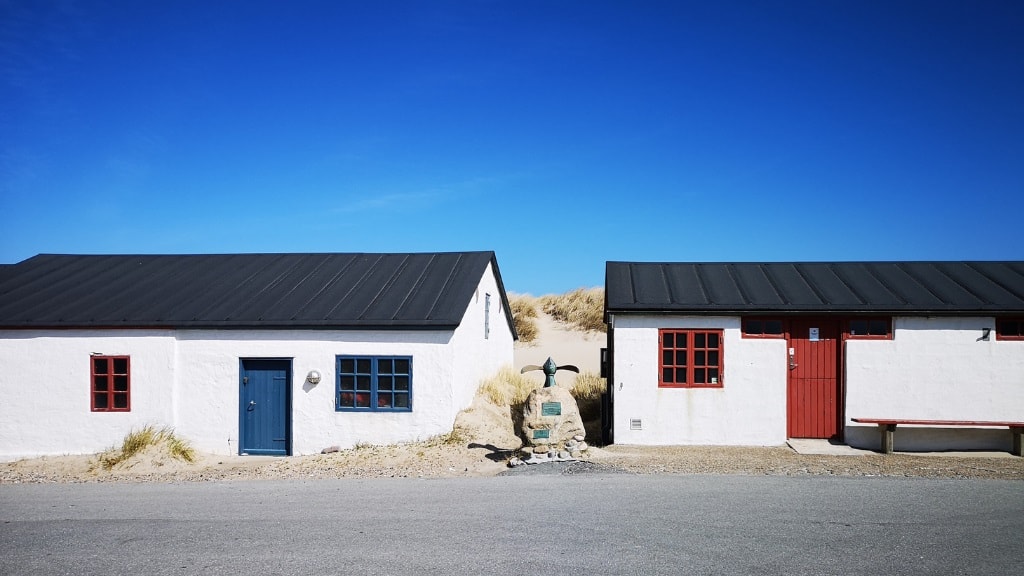 Stenbjerg is known as a landing place for coastal fishermen, where the boats were towed ashore.

The houses at Stenbjerg Landingsplads date from around the year 1900, when changes in fishing methods led to a need to be able to store and maintain the gear under a roof.

The listed rescue house was built in 1931. The rescue house contains an exhibition about Stenbjerg's history with special emphasis on the rescue service. Among other things. The exhibition includes a lifeboat from 1892.

One of the fishing houses on Stenbjerg Landingsplads houses an information center for National Park Thy.

The house is staffed a large part of the year and you can buy a cup of coffee and other beverages.