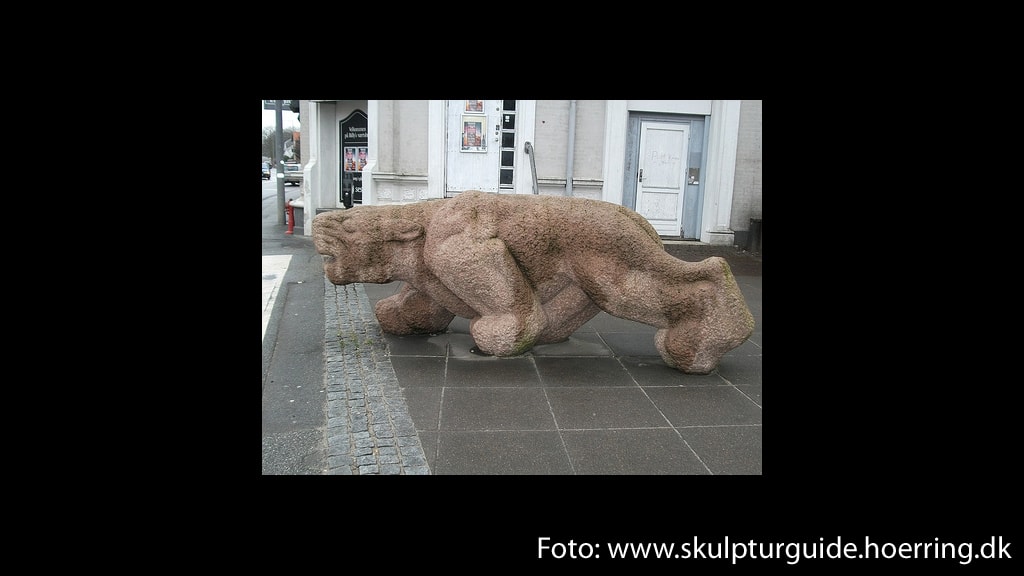 Two almost identical imaginary creatures squaring up to each other across a busy road. Their tense glances connect them visually and create the suspense of the title.

Claus Ørntoft has by the location of his sculptures incorporated the axis, which since the end of 19th Century bound Hjørring's railway station with the town's shopping streets. The Station building is located as a point-de-vue, and once marked the end of Railway Street (Jernbanegården). When it was built, this was the sign that the Modern World had finally come to Hjørring, today it all but disappears in traffic, a forest of plackards, advertising signs and bustle.

Tension exists between the two lumbering beasts, oozing pent -up force as they confront each other across the busy road, without ever actually meeting.
The two-piece sculpture is thus about movement, communication, cohesion and distance across Parallelvej, one of Hjørring's busiest streets.