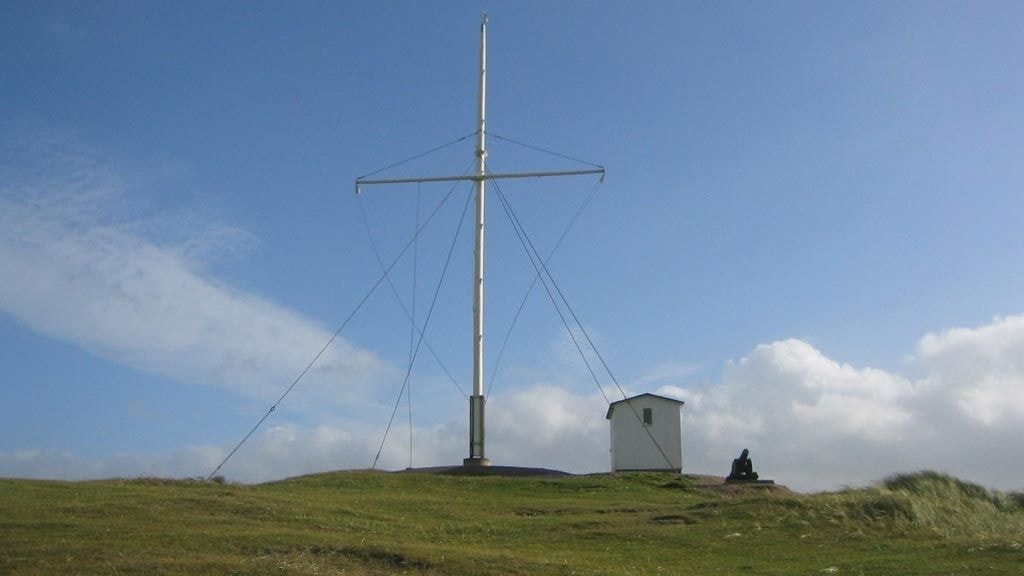 Photo: VisitNordvestkysten, Løkken
Attractions
Buildings and townscapes
Together with the Sea Mark and the Water Tower, the Danger Signal Mast is a landmark in Løkken.
Address

One of Løkken's landmarks is the danger signal mast. It is a memory from the time that fishing was Løkken's main occupation. The hazard signal mast was used to warn fishermen at sea of ​​poor landing conditions in severe weather by hoisting 1, 2, 3 baskets up the mast, respectively. When it got dark, they used the lantern instead of a curve, if there was fog, they used the signal cannon which is standing next to the danger signal mast.

One basket at the top meant that the fishermen at sea had to come home as it can be difficult to get ashore.

Two baskets reinforced the call and called the crew from the lifeboat together. The location on the basket meant where the boats were to search ashore.

When the third basket came up, the fishermen showed that the lifeboat was in the water, waiting to help them over the reefs on the seabed.

See all in this area
Last updated by
VisitNordvestkysten, Løkken
info@visitnordvestkysten.dk