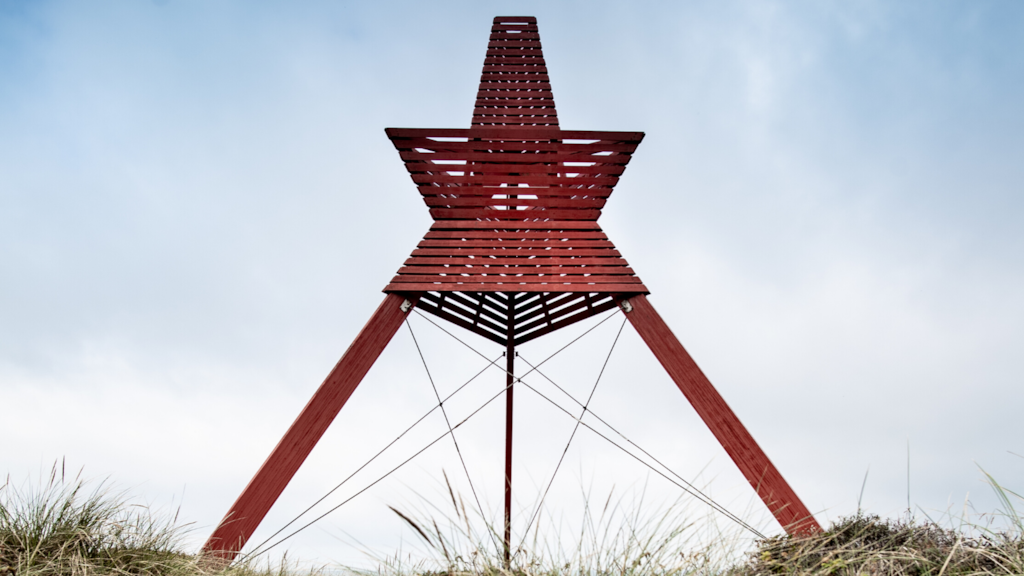 The Sea Mark in Løkken

Photo: VisitNordvestkysten, Løkken
Attractions
Monuments
The Sea Mark has become a symbol of Løkken. It can be seen on everything from Bolcheriet's candy to Løkken Festivals posters. But it used to serve a completely different purpose.
Address

Many ships stranded on the coasts of North Sea in the olden days. One particular stranding in 1847 made its mark. An English merchant ship capsized outside the coast of Harboøre, and the majority of the crew drowned. The man in charge of the failed rescue mission, C. B. Claudi, realized that something had to be done to prevent such tragic events from happening again. He founded the Northern Jutlandic Coastguard (Det Nørrejydske Redningsvæsen) and that became the start of the sea marks. Between 1884 and 1885 the construction of 23 unique sea marks had begun in the coastal cities of the North Sea. With their help, it was always clear which city you sailed by. The sea mark in Løkken was finished in 1898. Løkken was also granted a new rescue station. The sea marks and the rescue stations greatly improved the coastal safety, and the many tragic strandings soon became a thing of the past.

Today there remains 11 of the 23 original sea marks which were all given legal protection by 1997. Løkken's sea mark can be accessed from the end of Sømærkevej, but that is not its original position. In 1977 it was rebuilt and changed position - the old wood was rotten and the coastal line had moved away from the sea mark. Local carpenter Carl Johannes Christensen was in charge of the project. The new construction was lit in 1986 with support from Løkken Bakery and Løkken Craftsman Union. Løkken's rescue station has been upgraded multiple times, and the original has been dismantled. The newest versionis now a museum of coastal fishing, and can be seen at the end of Ndr. Strandvej.