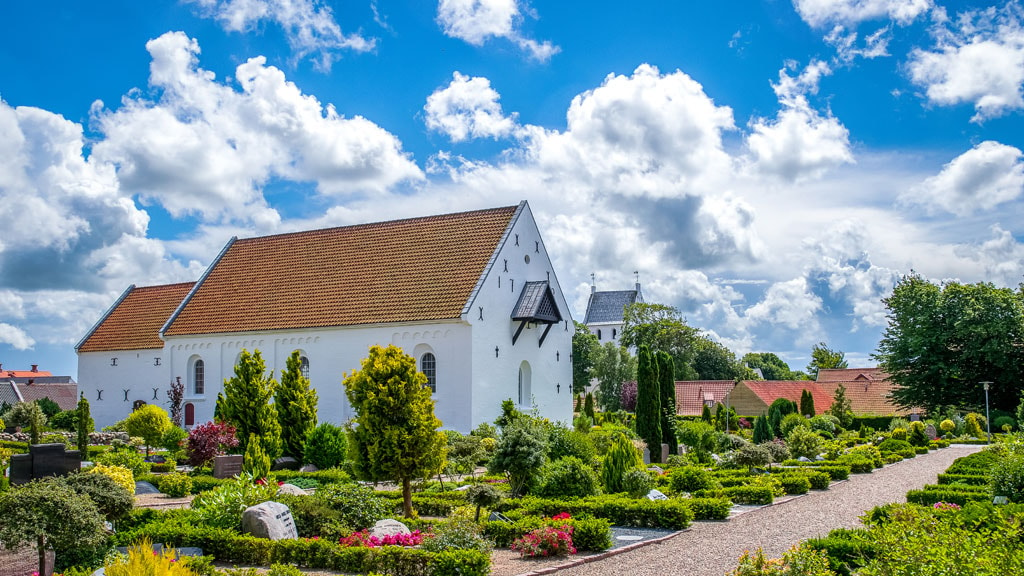 The church is dedicated to St. John the Baptist.

The chancel of the church, originally with an apse, was built of granite ashlars, the nave – which is sure to be somewhat younger – was built mainly of medieval large red brick. The porch is from the mid-1800’s, but the built-in ornamented ashlar above the door must be Romanesque. Inside, on all the walls and on the late Gothic vaults of the chancel, traces of frescoes have been found, but only one painting, which was found on the northern wall of the nave in 1875, has been retained. It was painted about year 1350 and represents St. Christopher carrying the Infant Jesus across the river. The font is a Romanesque basin, presented to the church in 1907. Its base is new. The altar-piece is from 1612, and the pulpit from 1602. Both are beautiful Renaissance pieces of work by Niels Ibsen, the joiner who also contributed to the decoration of St. Olai Church. In the choir wall, at the north-eastern corner of the nave, is – built into the wall – a modern relief representing Jesus restoring to life the daughter of Jairus, the ruler of synagogue. The relief was executed in 1967 by Henrik Starcke, the wood carver.