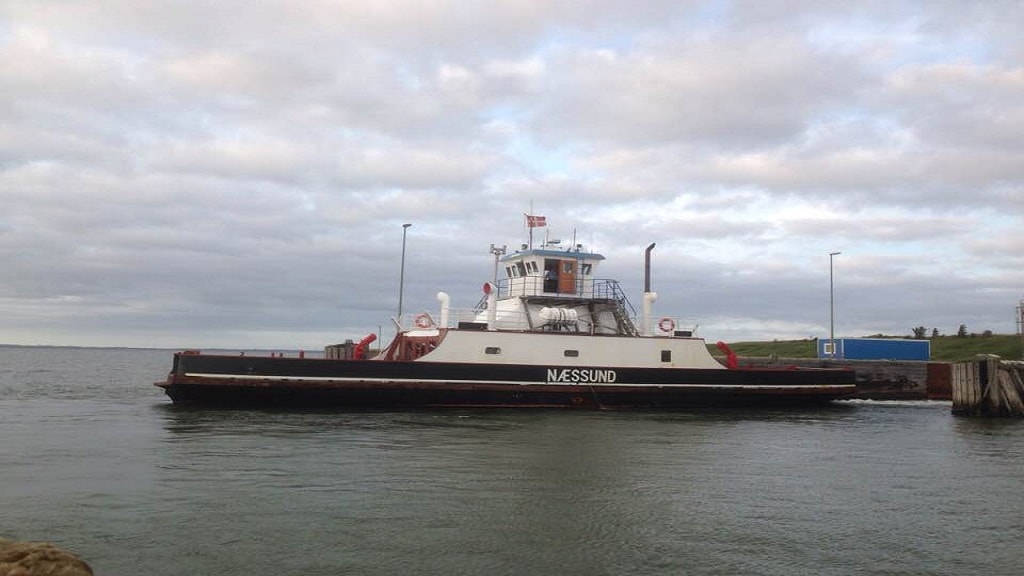 Photo: Thy Turistforening
Service and information
Other companies
Næssund Færgens Venner is an association that owns and operates the Ferry Næssund, which sails between Mors and Thy.
Address

Our lovely ferry is the last active on the Limfjord of the type we can call "the classic Limfjord ferry".

Built of solid oak and beech wood in the winter of 1963-64 at Søren Larsen & Sønner's shipyard in Nykøbing Mors to Sallingsund Færgefart A / S with the name "Legind Bjerge". It is the yard's new building no. 125. From the summer of 1964, the ferry made it possible for the shipping company to deploy up to four car ferries simultaneously on the crossing between Mors and Salling, Pinen-Plagen, where the traffic figures rose explosively in the 1960s.

In 1960-61, Sallingsund Færgefart had expanded the port facilities on both sides from one to two ferry berths, so that in the high summer the ferry could enter into close traffic with up to eight departures per hour. Later, a fifth ferry on the route allowed up to ten departures every hour, and in 1977 the Pinen-Plagen was only surpassed by the Great Belt in number of cars transferred on Danish ferry routes. The ferry type was designed in 1953 by ship engineer Kjeld Heiberg Petersen, Aarhus, who grew up at the Sallingsund crossing as the son of one of the cruise ship's first two captains.

In total, 12 almost identical ferries of the type, the first in 1953 and the last one, have also been built - which also became the last Danish ferry-newbuilding of wood - in 1973. The machine is a 3-cylinder two-stroke diesel engine with 210 hp, built in 1963/64 at Alpha Diesel in Frederikshavn (then subsidiary of B&W).

After the Sallingsund Bridge replaced the ferries in May 1978, "Legind Bjerge" was purchased by Viborg County, which, in cooperation with the municipalities, moved two of the ferry berths from Sallingsund to Næssund, where it replaced a much smaller car ferry. Renamed "Næssund", our ferry took over the traffic here in June 1980. It sailed here until the crossing was abandoned as a municipal crossing in February 2015.

Since the route reopened July 1, 2016, the Næssund ferry is owned and operated by the association Næssundfærgens Venner, which was founded to preserve both the ferry and the route, as it is both an important local link and a unique historical, cultural and craft monument.

In this connection, the ferry has been officially declared worthy of preservation by the Ship Conservation Fund.

The money for the ferry's operation must be earned through ticket revenues, since the association does not receive any ongoing subsidy for the operation. On the other hand, the Næssundgegen's Friends have benefited from the attention of both foundations and companies, private individuals and authorities, who have made individual contributions that we can, along the way, restore the ferry and ensure that it is also in very good condition in the future. At the same time, we are continuously developing the ferry as a cozy traffic and tourist link and attraction.