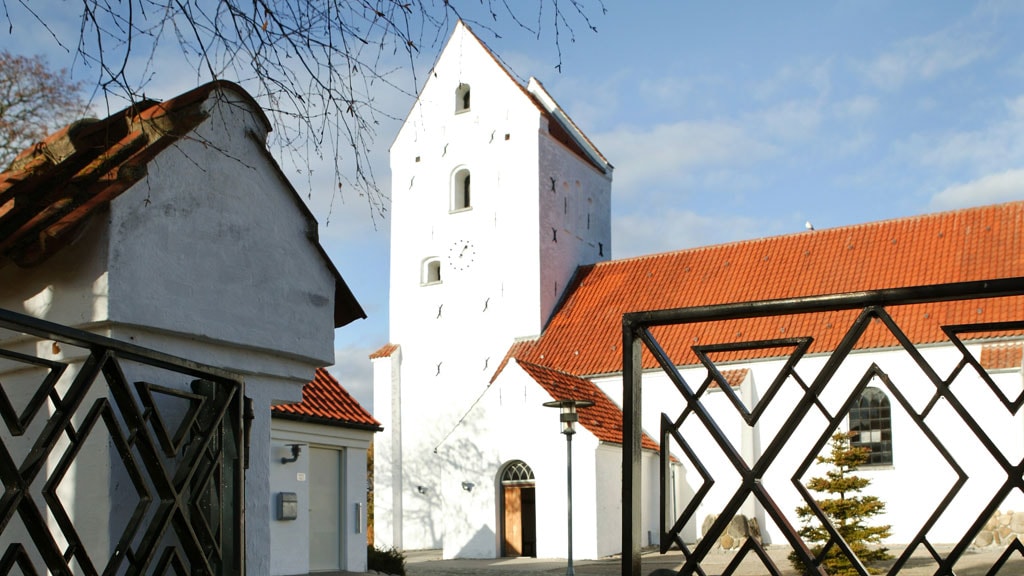 Hals Church is the largest village church in Denmark. The eldest parts of the church stem from the 11th Century. Hals Church was first mentioned in 1219.

Hals Church was built on request of the bishop of the Vendelbo diocese, who resided in Børglum.
The original church was a small late Roman brick church, whose brickwork has been partially preserved in the current church’s oldest part, i.e. the two parts of the nave, which lead up to the much later erected west tower.

Inside of the church one can, among other things, find a baptismal font made of granite. The font is even older than the church itself. This fact opens for two possible interpretations; the font was either made for another and older church in Hals or it was brought here from a roman church in the area of Randers, where these types of fonts are usually found.