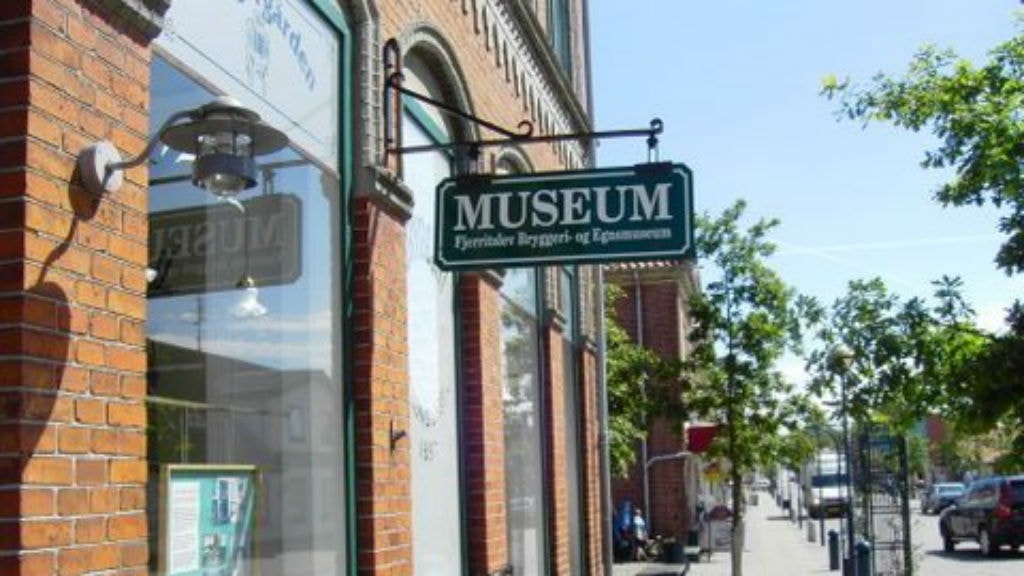 The best preserved brewery in the country in Northern Europe is situated in the mainstreet of Fjerritslev. In the late eiighteenth century P. Kjeldgaard built a brewery at this place. For the enormous sum of D.kr. 60.000 he erected the only building with two storeys on the road between Aalborg and Thisted.

The saturated smell of malt and yeast is no longer there, but otherwise everything is ready for starting up brewing beer tomorrow.

However, the brewery has been preserved intact - even the smallest polished brass tap, and today the building is a regional museum with the old brewery as the main attraction.