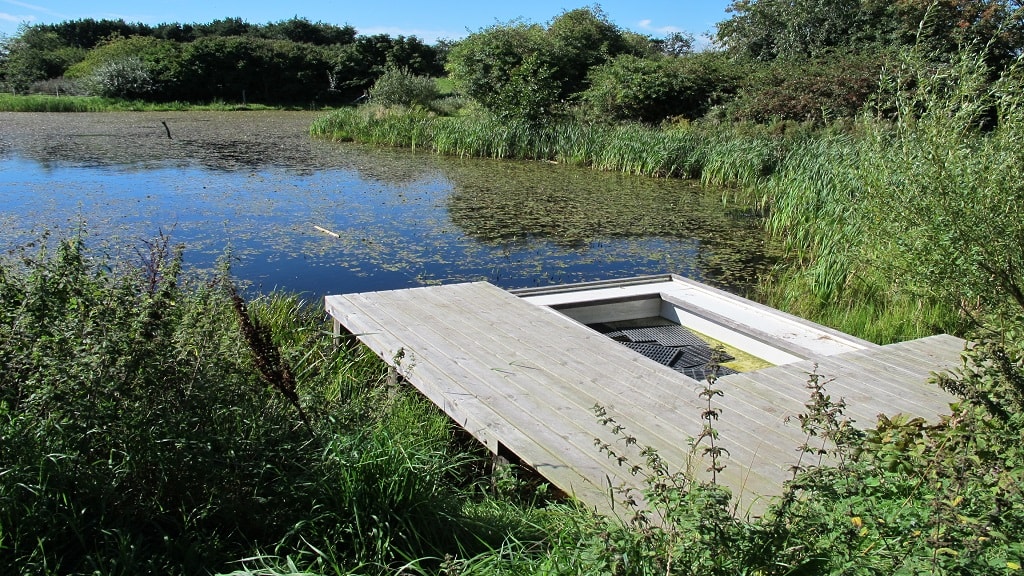 - and listen to the rare Common Spade-foot (toat).

Farmer, Bjørn Kjeldgaard, initiated the project to preserve the nature and its fauna, and to protect the common spade-foot, which has chosen to breed on his property.

Project Common Spade-Foot was started on the basis of Bjørn Kjelgaard's wish of conserving the rare and protected common spade-foot. The project is about experiencing the toad at close range in the middle of the night. This is done by creating a system of paths, shelters, a composting toilet and a fire ring at the farm. Besides this, a raft with a hydroscope and listening gear is built, so you can hear and see the common spade-foot toad under the surface of the water.

Bjørn Kjeldgaard has lived on the farm with his family since 1988, and he has cultivated the soil ecologically since 1994. On the farm, they grow vegetables and breed cattle, goats, chickens and Christmas poultry, and they have a small farm shop from which they sell their products.

The idea of the ecological agriculture emerged because of the wish to preserve and protect the nature and the fauna, and to get a more varying nature around the farm. In the period of transition to ecological agriculture, and due to the nature-friendly initiatives (such as planting new plants and the layout of two new lakes), the farm area witnessed a great increase in the fauna, including the arrival of the rare and protected common spade-foot toad.