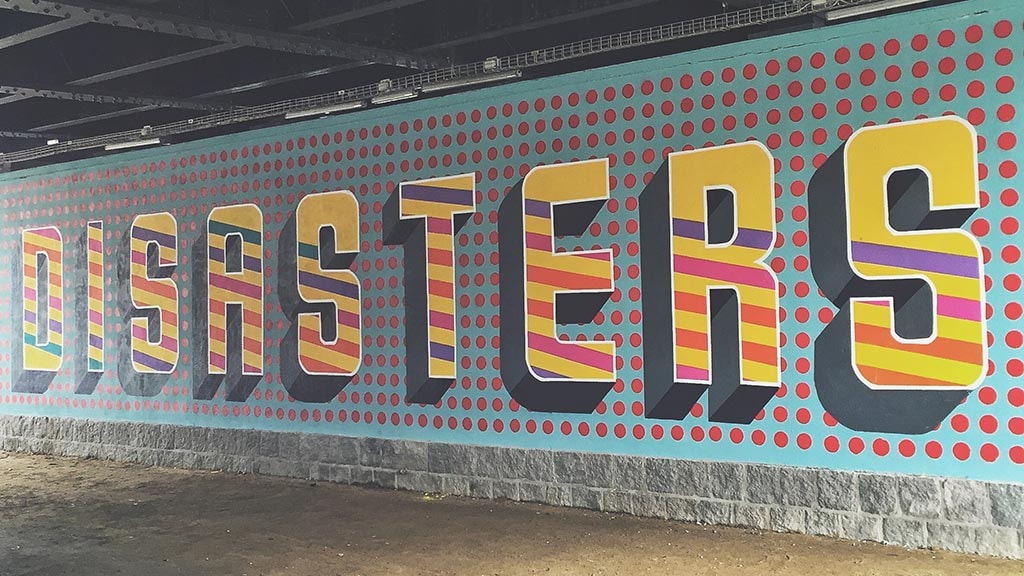 Photo: VisitAalborg
Attractions
Buildings and townscapes
Experience the colourful mural by the English artist Eine who has painted several pieces in his hometown London. You can also discover numerous of his artworks in other large cities and in galleries.
Address

Ben Flynn, also known as Eine, is famous for his use of letters, which is clear in many of his paintings in his home city, London. The mural in Aalborg consists of the letters D I S A S T E R S. Eine’s street art can be seen all over the world in cities like Los Angeles, Mexico City and Tokyo, but he also creates indoor installations and paintings on canvases. Eine gained worldwide recognition when David Cameron presented one of his works to Barack Obama during a state visit.

You will find the piece under the Limfjord Bridge in Nørresundby. On the opposite wall, you will find a mural by Beau Stanton.