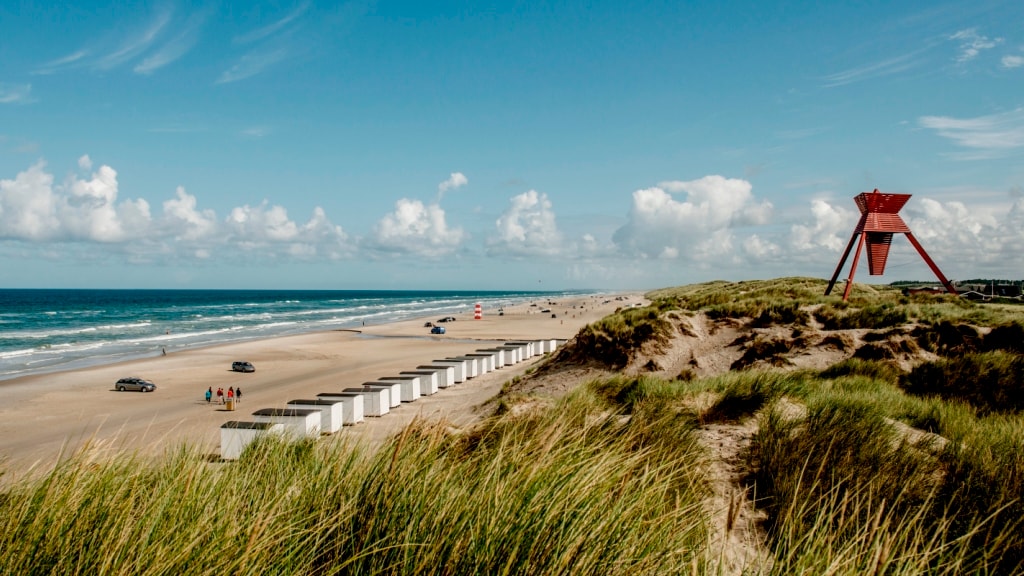 The seamark at Blokhus is situated at the position 57 degrees 215’. The seamark is 15 metres high.

From the “authentic history of civilization” at Blokhus

The purpose of a seamark was to prevent wrecks and thus increase safety at sea.

Originally, the Church at Hune was the first seamark of Blokhus, due to the fact that, in the past, the church was situated with a spectacular view of the sea, because there were no dunes like today. However, the church couldn’t tell the mariners where they were. Consequently, when, in the 1880’s, it was decided to build 23 seamarks along the Jutlandic west coast, every seamark had its own shape, which was also marked on the chart and indicated the position of the ship.
At the same time, an experienced mariner could calculate the distance to the treacherous coast line.

The seamark at Blokhus was built in 1882 and rebuilt in 1898 with legs of iron, as the original wooden legs, made of trunks of larch, made the seamark sway in hard weather. In 1944 the seamark was blown up by the Germans, and after the war, when Blokhus was reconstructed, the seamark was not given a thought, as its function did not matter anymore, due to the new navigation techniques.

In 2006 the seamark at Blokhus was reconstructed against a background of a proposal from the local houseowners’ association at Blokhus and the environs.
The seamark is built in accordance with the original plans but with the alteration that today the iron legs are of laminated wood, which can be proof against any storm.

However, the location has changed, as, in the meantime, the original location
has been built-up with holiday cottages.