The North Sea by North Jutland

If in need of a break from the everyday life, the ideal destination is the North Sea - it is completely up to you whether your trip should be spent on relaxation, discovery or an adrenaline rush! The strength of the North Sea has clearly marked the nature in North Jutland. Explore the popular wide, sandy beaches and the roaring sea, which strength has made a clear impression on the coastline of North Jutland. Take a walk along the west coast, from the tip of Denmark - Grenen by Skagen and Råbjerg Mile - Denmark's largest wandering sand dune, to Denmark's last wilderness in the National Park Thy. The North Sea has a long history behind it -  are you ready to explore it?

Explore the amazing nature of the last wilderness in Denmark. Surf the waves, feel the sand between your toes and be enriched with spectacular natural sights.

In Nordjylland, a number of unique nature sites unlike anywhere else in Denmark can be found. The beaches on the west coast are some of the most beautiful beaches in Denmark and offer something for everyone - from wild surf waves in Cold Hawaii to long walks on the waterfront and luxurious seaside hotels.

On Grenen by Skagen, at the Top of Denmark, the two seas, North Sea and Kattegat, meet. Here, the waves intersect from each direction, making it possible for you to stand with one foot in each sea - an experience you will never forget. At Grenen it is not allowed to bathe due to strong currents, but if you move down to the west coast and take a swim, you can experience some of Northern Europe's best beaches.

By the waters edge life is calm and beach holidays here are popular amongst the Danes. It all started by renting a room by the local inhabitants, but before long you could accommodate yourself at one of the amazing beach hotels, which led to the popularity of the white beach huts you will find on the beach in Løkken and Blokhus. Now you can experience some of the most beautiful towns next to the North Sea in North Jutland.

Attractions by the west coast

The west coast of North Jutland is more than just beaches. The area is abundant with hidden gems, and whether you enjoy the adrenalin rush, art and culture or history, the west coast has something for you.

The Skagen Painters of North Jutland 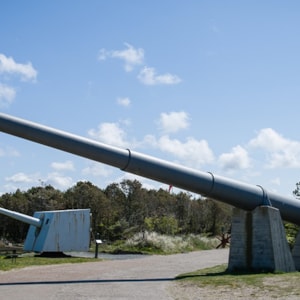 The White Beach Huts on the West Coast

If you want to overcome the forces of nature and wish to be active outside, Cold Hawaii is the destination for you. In the area of Klitmøller you will find one of Northern Europes best surf spots, and in Løkken at the North Shore Surf, you can learn both surfing and SUP. If the wild waves are not for you, North Jutland also offers plenty of fishing possibilities. You can also find a lot of natural hiking routes, among them the most popular one is Hærvejen. If you want to go cycling, you can try the different biking routes in North Jutland. Furthermore, you have the opportunity to try the best MTB-route Denmark has to offer in Slettestrand surrounded by unique nature.

Cold Hawaii in National Park Thy 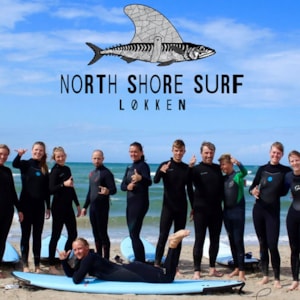 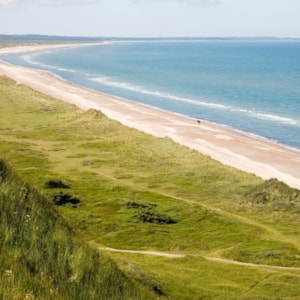 Svinklovene is a part of the dramatic landscape by Svinkløv Dune Plantation, a 700 hectar large state-owned area, which is open to the general public.... 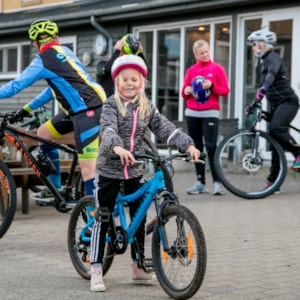 Mountain bike Slettestrand is a part of Feriecenter Slettestrand situated only 200 meters from the coast of the North Sea. The local 21 km. track in S...

Dining along the west coast

The seaside towns offer lots of interesting flavors and, according to White Guide, some of North Jutland's best restaurants. Explore some of the lovely restaurants which are situated in beautiful surroundings, so that it is relaxation for both your body and your mind.

Ruth's Gourmet is an exclusive gastronomic experience with menus from Nordic cuisine. 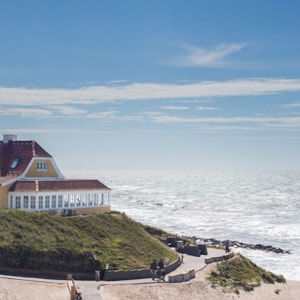 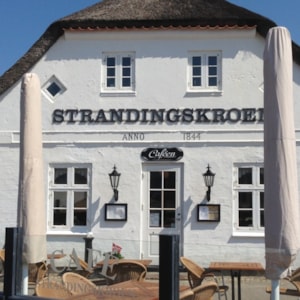 Strandingskroen was bought in 2019 by Strandhotellet Blokhus.Every Tuesday, fried pork and parsley sauce are served, remember to book a table. The r... 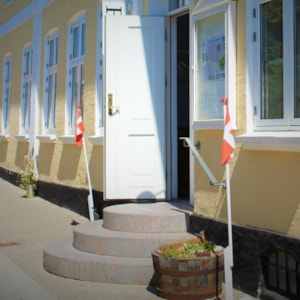 Restaurant Glashuset is a restaurant where everyone can join in and have a good experience.

Accommodation on the west coast

When you stay at the beautiful west coast of North Jutland, you will find plenty of opportunities for a good nights sleep. Stay right by the water, under the starry sky, at a holiday house or at one of the many wonderful beach hotels.

Events on the west coast

The many lovely seaside towns of North Jutland are worth visiting all year round, but it's during the summer season they really flourish - and this is also when most of the events take place. The big seaside towns - Blokhus, Løkken, and Skagen - are famous for their midsummer bonfires on the beach, where the "witch" is burned on midsummers eve - an old danish tradition that brings together many participants and which has been portayed by the painters of Skagen.

Since 2010, Klitmøller – also known as Cold Hawaii - has been one of the permanent stops for the PWA World Cup in the windsurf discipline wave performance, where many of the world's best surfers battle in the championship.

The coast also offers other events where you can get the pulse up, e.g. Xterra in Slettestrand or Råbjerg Mile Race, which are annual half marathons. Here you can find all events in North Jutland.